Jacinda Ardern: not fair to compare PHARMAC with Australia's system 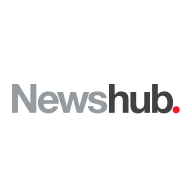 5 February 2019 - Jacinda Ardern told The AM Show New Zealand's drug buying agency has "been pointed to as being the envy of others".

Jacinda Ardern believes it's unfair to compare New Zealand's cancer drug purchasing to that of Australia.

The Prime Minister was responding to backlash from cancer sufferers who feel let down by the Government's drug-buying agency Pharmac, which takes significantly longer to approve new drugs than Australia.

On Monday, host of The AM Show Duncan Garner, called on the Prime Minister to back an independent inquiry into Pharmac, initiated by cancer sufferer Wiki Mulholland.